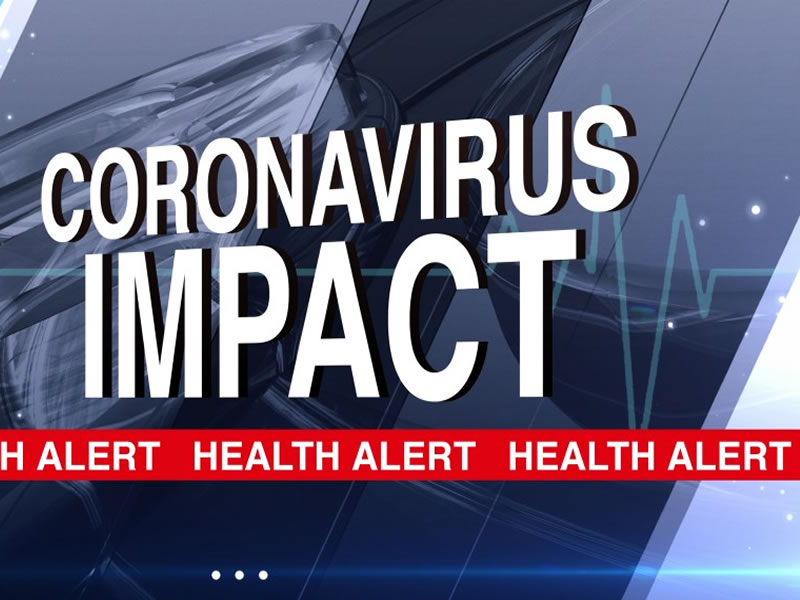 Preface:
“The unseen enemy is always the most fearsome” a quite popular quote used recently in a novel of an epic fantasy series that tragicomically describes the current situation globally. Today’s headlines could easily be featured in a horror science fiction pandemic movie, highlighting some of the following scenarios:
- “Trillion of Dollars will be the cost of the coronavirus to the economy”-
- “Coronavirus, how it has shaken and how can shatter the economy” -
- “Prepare for the coronavirus global recession”-

The biggest fear refers to a standstill for the economy worldwide. What is real, what is possible and what is exaggerated? Nobody can answer all these questions with precision but some recent events can unfold what it’s in store for the globe in the future.

The impact:
The first country that felt the new virus’ impact is China. The world’s second-largest economy fell to its lowest level on record in the first two months of 2020 and the urban unemployment is in the highest rate level since February. More specifically, the bureau noted a plummeting of 13.5% of the industrial output and a surging of 6.2% in unemployment. The latest economic data also showed that China retail sales plummeted by 20.5% year or year in January and February and fixed asset investment fell by 24.5%, down from 5.4% growth when the data were last reported .
Is European finance in freefall? European shares plummeted to 2012 lows on Monday, with dramatic monetary easing by global central banks failing to reassure investors about the growing economic damage. The pan-European STOXX 600 fell 4.9 percent, with markets in France and Spain leading losses as the two countries joined Italy in enforcing a national lockdown . Particularly, the biggest decliners on the STOXX 600 were airlines and holidays operators (TUI, EasyJet, British-Airways owner IAG and Air France – KLM) as the pandemic brought global travel to a standstill. The wider travel and leisure index plunged more than 12.6 percent. Europe's fear gauge jumped to a record high of 91.78 .
The BBC published that: ‘The FTSE, Dow Jones Industrial Average and the Nikkei have all seen sharp falls since the outbreak began. In the second week of March the Dow saw its biggest one day decline since 1987. The markets overall have seen major swings and continued volatility.’

A domino Effect:
Airports, restaurants, cafes, shopping malls, night clubs, bars, shops and other entertainment venues are nearly empty or forced to stay closed to limit the spread of the new virus. Countries’ economy that is heavily based on tourism (like Cyprus) will feel a huge impact in the following months if the current situation is prolonged until summer.
However, the pullback from public life is sending shock waves beyond the hospitality industry and tourism sector. “This hits the heart of the economy, and it hits the economy on all sides,” said Diane Swonk, chief economist at Grant Thornton. “It’s not just that we’re slowing down things. We’re actually hitting the pause button, and there is no precedent, there is no mold for that.”
Severe consequences worldwide are yet to be seen, while the number of infections is soaring across the rest of the world. It is even evident that the negative financial impact of the virus is being felt even in places that the outbreak itself has not yet reached.

The Implementation of Counter-Measures:
The speed of the crisis has outpaced economists’ ability to track it. Even indicators that usually serve as early-warning systems have yet to catch up. The most recent world crisis -the recession- has taught governments that quick steps and measures have to be taken.
“You’ve got to go big, and you’ve got to go fast,” said Claudia Sahm, a former Federal Reserve staff member who is now director of macroeconomic policy at the Washington Center for Equitable Growth, a left-leaning research organization. “If you don’t go fast, you’re not going to short-circuit it.”
In the US the Central Bank has slashed interest rates in response to mounting concerns in an effort to make borrowing cheaper and encourage spending to boost the economy.
While the European Commission’s first concern is for the health of its citizens, it is also actively monitoring the economic repercussions of the coronavirus in its Member States and beyond. The Commission’s Winter Economic Forecast, presented on 13 February 2020, already identified COVID-19 as a new downside risk for the European economy and developments since then indicate that this risk is now partially materialising. However, the considerable uncertainty at this stage makes forecasting the impact of the virus on Europe very difficult. We are confident that the expertise and professionalism of Europe’s health and civil protection systems, and our overall coordination of national efforts, will serve to minimise that impact. The Commission is preparing the following measures to support EU countries in their efforts to:
• make sure that state aid can flow to companies that need it
• make full use of the flexibility which exists in the Stability and Growth Pact
More information regarding the above, can be found using following link: https://ec.europa.eu/info/live-work-travel-eu/health/coronavirus-response/economy_en
Additionally, a trajectory of additional measures is planned to be adopted by countries all around the world to stop the downhill of their financial figures. Generally, taken measures are continuously being revaluated and revised to respond to the new circumstances.

Cyprus Response:
The strength of Cyprus economy before the coronavirus hit may provide some protection or a safety net, at least for now. A “Support Programme” valued at 700 Million Euros (equal to the 3% of the country’s GDP) has been formulated to support and reinforce the public health sector, to provide financial aid to students that stay abroad, etc. One can find more information using the following links:
https://www.pio.gov.cy/en/press-releases-article.html?id=12649#flat
https://www.pio.gov.cy/en/press-releases-article.html?id=12670#flat

Epilogue:
The striking of the Covid-19 effect in across various asset classes was so aggressive that the fear of a new recession is not a far-fetched scenario. However, projections and indices are not always a valid source. They are hardly reliable in the calmest of times. There is no single number that credibly captures or foresees Covid-19’s economic impact.
There is no doubt that financial markets now ascribe significant disruptive potential to Covid-19, and those risks are real. But the variations in asset valuations underline the significant uncertainty surrounding this epidemic, and history cautions us against drawing a straight line between financial market sell-offs and the real economy.
Financial damage cannot be prevented, but the aim of policymakers and governments is to limit the impact and struck a quick rebound in the economy. Economists say well-designed programs could limit the damage and help ensure a quick rebound, whilst they are examining recovery patterns used in the past.
Heads of countries and business leaders are positive and share the same ideology; that the world will come up stronger on the aftermath of this crisis.