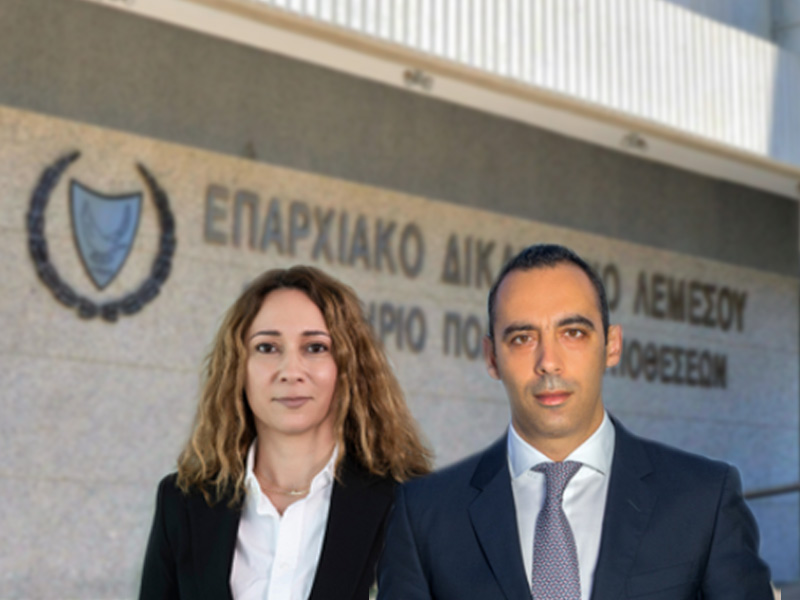 On 29 September 2020, following an ex-parte (without notice) application filed into the District Court of Limassol, our Client, represented by Mr Angelos Paphitis and Mrs Eve Karaviotou, was successful to have obtained an Interim Prohibitory Injunction against two (2) Cyprus companies, prohibiting them from exercising their voting rights during an annual general meeting (AGM) of an Open Joint Stock Company (OJSC) in Russia.

What’s interesting about this case is that (a) the prohibitory injunction obtained in Cyprus was filed in aid and support of arbitration proceedings filed at the London Court of International Arbitration (LCIA), in the UK, against an indirect shareholder of the two Cypriot companies / respondents in Cyprus; and (b) the two Cypriot respondent companies are not parties to the LCIA arbitration process. According to the interim prohibitory injunction, the two Cypriot companies / the Respondents, holding together a total of 49.9% in a Russian OJSC, were prohibited from exercising their voting rights during the AGM that was set to take place on 30 September 2020 in Moscow. The interim order was issued ex-parte on 28 September 2020 (i.e. one day prior to the AGM in Moscow) and became absolute on the 5 October 2020.

Following a leveraged buyout agreement that was concluded during 2012, the two Cypriot companies, being part of a well-known larger group in Russia, acquired 49.9% in an OJSC, a major logistic and transporting public company in Russia.

The two Cypriot companies are the indirect subsidiaries of the debtor company which, through a leveraged buyout process obtained financing through the Plaintiff’ Group, being part of the OJSC’s Group.

In a nutshell, a leveraged buyout agreement is a corporate lending process whereby the target company (ie the OJSC above) lends, directly or indirectly, money to a third company (the purchaser) for acquiring shares in the target company. In the case before us, the borrower defaulted all loan repayments towards the creditor, and as a result the creditor filed before the LCIA a debt claim for repayment of sums pursuant to the loan agreements, in the sum of nearly US$1,4 billion.

The application for interim orders / prohibitory injunction, in aid and support of the LCIA arbitration was successful, and the two Cypriot companies have been prevented from exercising their voting rights during the AGM.

You can find further information on interim orders in our related articles.  Should you have any questions please contact us.