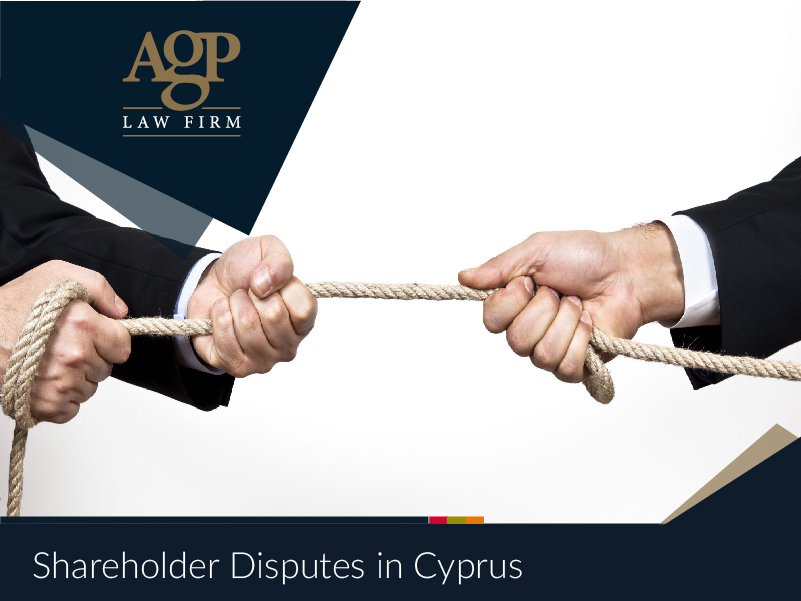 What are the main reasons for the rise of shareholder disagreements and how can they be resolved in advance?

Shareholders of significant organisations (but not excluding smaller ones) will usually be confronted with difficult situations when it comes to the development and direction of the corporation, the visions of the board in different management and control matters, profit distributions, alleged breach of duties and even interests of different parties within the company. Such situations will usually lead shareholders to the unfortunate position of entering into shareholder disputes that may sometimes place at risk the interests of the company itself. Nevertheless, conflicts are considered to be part of every corporate relationship. It is important to stress the need to be able to resolve such disputes in advance.

Management and control of the company’s operations

It is easy for more disputes to arise between shareholders, especially when more than one individual is involved in the running and control of a business. It is in the human nature to have different opinions with regards to what is right or wrong in a specific situation or what are the arguments to be considered in taking a decision concerning the company’s affairs and its future. As a result, it is extremely easy for disputes to arise between shareholders of different opinion and ideas.

It is important for shareholders’ fiduciary duties to be correctly executed and followed. Shareholder duties that are not performed or followed and may affect other shareholders, bringing them to a disadvantage in relation to others, will likely cause shareholder disputes.

At A.G. Paphitis & Co. LLC we can provide legal advice on dealing with shareholder disputes in Cyprus companies. This includes advice on how shareholders can engage in negotiation and avoid such situations in advance but also guidance on how to deal with shareholder disputes that seem impossible to resolve through dialog and reasonable negotiation. Our professionals can act as mediators and help clients reach reasonable agreements through mediation. We can also represent clients at the court in case such agreements are breached and at the same time provide support through the enforcement procedure.