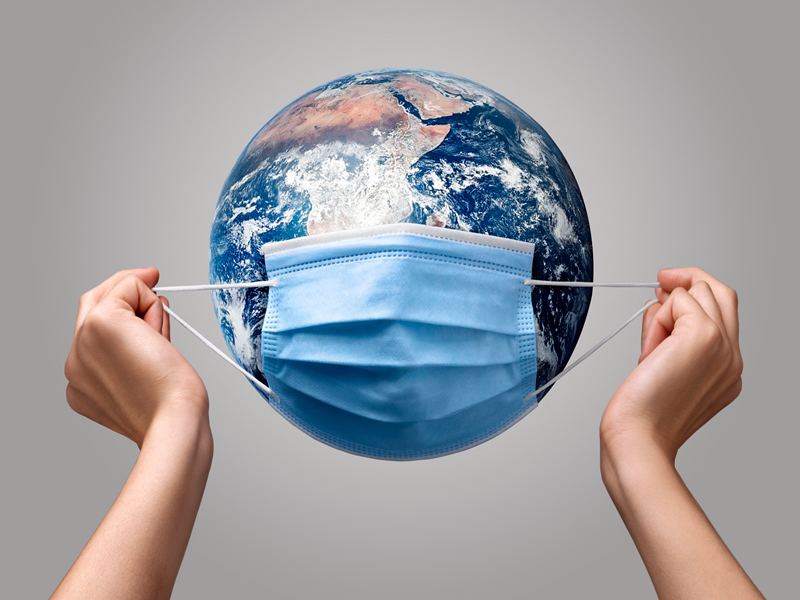 The impact of the Coronavirus (Covid19) outbreak is unprecedented and it is considered to be one of the greatest economic downturns in recent history.

The corporate sector worldwide was amongst the hardest hits of Covid19, which was brought to a standstill and many organizations were forced to shut down and even more are struggling to survive. The effects of Covid19 will not fade away that easily, so service and corporate providers are called to articulate and strategize effectively to keep their clientele base and at the same time achieve their goals.

Every company’s purpose of existence is to differentiate and gain advantage over competition, which will eventually result in achieving a greater amount of market share. Competitive advantage may be successful through strategic planning, the most crucial step of which is to identify and develop mission and vision statements which will in turn add to the identity of an organisation and distinguish it from other organisations by emphasising on its own unique characteristics (Ozdem, 2011). Through strategic planning, an organisation will formulate its mission and vision statements, set up its strategy so to realise and facilitate in practice those statements and if successful, this will lead to reaching its goals and objectives.

According to Whittington et al. (2020), a company’s purpose must go beyond just profits and in defining their purpose, companies use mission and vision statements, statements of corporate values and objectives. For mission and vision statements to be articulate, effective and realistic, they must be formed following discussions, meetings and research. Even though Kaplan and Norton (2008) argue that formulating those is a decision for the few (i.e. executives and CEO’s), it is the author’s opinion that when developing a mission and vision statement for an organisation, the interaction and involvement of everyone in the organisation is a vital one. Taiwo et al. (2016) argue that such a formulation must have wide participation. After all, if employees feel that they are part of such a decision making, they will eventually share in practice the mission and vision of the organisation, something which will inspire and motivate them towards higher level of productivity and performance.

For an organisation to have such statements is of parallel importance. Having clarity and coherency on vision and mission statements with no ambiguities serves as the foundation of an organisation’s strategy which will assist it to implement and reach its goals and objectives and eventually grow. Such statements provide a significant channel for communicating essential values and norms not only to consumers but also to shareholders and employees (Leuthesser and Kohli, 1997). Also, mission and vision statements are important management tools that can impact employee behavior and attitude, expressing desirables attitudes work ethics, value and culture on which employees may operationalize in their choice of actions and inactions (Taiwo, 2016).

Thus, having a correct mission and vision statement ensures that employees will serve the organisation having a joint purpose and direction, maximising in this way productivity, efficiency and actualising the core reason of the organisation’s existence. They can even provide a meaning behind assigning and allocating tasks to employees, targeting right customers, as well as they express public image of the organisation to target groups (Germain and Cooper, 2001). There are though certain problems that may arise in formulating mission and vision statements such as they might not be clearly put into words, or they might simply be not realistically achievable, or be similar or even identical to other companies’ statements (Ingenhoff and Fuhrer, 2010). Thus, a company’s statements must differentiate from its competitors, address the correct stakeholders and manage to be well known as to its products or services’ uniqueness. Only then a company will have a leverage over its competitors.

Strategic planning is essentially about choice, that is what the organisation will do and will not do to achieve its goals and objectives (Morris, no date). One of the main and basic formulas in setting up a strategy and asses an organisation’s competitive position is to gather information and conduct an analysis on the organisation’s internal characteristics and the external market conditions. Organisations, often employ a SWOT analysis to evaluate different aspects of their business, related to their strengths (S) and weaknesses (W), as well as opportunities (O) and threats (T) of the corporate environment.

Strengths include available resources, such as human recourses, skills, expertise, know-how and machinery, while weaknesses include having a weak strategy, lack of motivation and financial difficulties. An analysis of the strengths will enable an organisation to reach its goals whereas an analysis on its weaknesses will assist the organisation to discover those elements that interfere with its success (Benzaghta et al. 2021). Such an analysis on internal characteristics will assist the organisation to understand which of its resources and capabilities are likely or not likely to be sources of competitive advantage (Gurel and Tat, 2017).

Opportunities include predictions for the need of a specific service or product in the market and potential measures so to facilitate those needs. Threats include situations which either exist or may arise in the future and will prevent an organisation to reach its goals. Opportunities and threats derive from the change of the environment, for example amendment in legislation which may affect the organisation’s conduct of business. An analysis of opportunities and threats will examine how competition is likely to evolve and what implications will such evolution have on the organisation (Gurel and Tat, 2017). This will also assist an organisation to identify potential opportunities in the market, set action plans and take series of measures so to take advantage of those opportunities whereas to tackle and avoid any threats that may damage its business.

A SWOT analysis is usually formed in a power point presentation which includes a four-quadrant box (2X2 matrix). Each box will include one of the initial letters of SWOT and will list all key points for every one of them. For an objective and comprehensive SWOT analysis review, all key leaders and decision makers of an organisation must be involved in meetings, workshops and discussions. It is very important that when an organisation conducts such an analysis review, all departments of the organisation are being represented. To ensure unbiased and independent results, larger organisations may appoint external firms which will conduct such analysis review and assist to weight the various proposals. Importantly, supporting documents must be presented so to convince on the need for every element to be added in the matrix. Those may include questionnaires, and statistical analysis.

The SWOT analysis is a vital tool for an organisation’s the management team, which enables it to identify and assess internal and external factors, focus on the strengths, tackle any weaknesses, exploit opportunities and avoid threats. Strengths and weaknesses of an organisation will depend on various internal factors that may be controlled within, such as managerial skills, marketing campaigns, research and development, whereas opportunities and threats arise from external factors that may not be controlled within, such as economic, political, health, environmental.

Despite the advantages that a SWOT analysis has to offer, there are certain disadvantages and limitations. Despite not requiring a computer system or software (Beeho and Prentice, 1997), such an analysis will nevertheless need a thorough research and dedication of time and workforce. Also, the traditional 2×2 matrix encourages users to be extremely brief and not thorough something which may result in shortcuts in thinking (Minsky and Aron, 2021). SWOT analyses are often covertly political (Allio, 2006), which will often result in ignoring significant issues.

The direct negative impact of Covid19 in the corporate sector was a great one, however it seems that organisations are adopting numerous measures so to mitigate their losses and attract business. Revising one’s mission and vision statements and adopting a SWOT analysis is of parallel importance and contributes towards the organisation’s survival and competition.