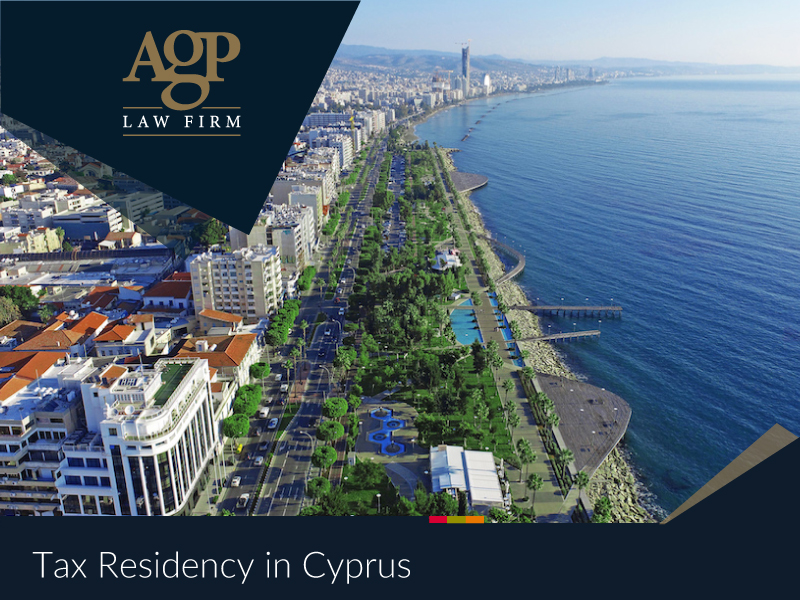 On 1 February 2022, the Tax Department of Cyprus issued a circular(1) to clarify the tax treatment of physical persons in Cyprus, based on the 60-day rule. This article explores the issue of tax residency in Cyprus.

What counts as tax residency in Cyprus?

According to the Income Tax Law, the term “resident of the Republic” includes – in addition to persons who reside for 183 days in Cyprus – persons who:

The above conditions must all be met for each tax year.

All supporting documents submitted to the Tax Department in order to obtain the required tax residency certificate must be duly stamped and translated if the documents are in a language other than Greek or English.

The benefits of Cyprus tax residency include the following:

The individual will be exempt in Cyprus from taxation on worldwide dividends and “passive” interest income;

Profits from the sale of securities/shares will be exempt from tax. “Securities” includes shares in local or foreign companies, bonds, debentures and options, except where the value of the shares derives from the value of immovable property in Cyprus.

How to establish tax residency in Cyprus

For an individual who would like to establish tax residency in Cyprus, one of the first considerations should be whether they are resident in any other state and whether they have stayed or intend to stay in any other state for one or more periods exceeding 183 days. The significance of this is that the individual may end up with dual tax residencies and, especially where no double tax treaties are in place, this may lead to double taxation.

Individuals must bear in mind that each state has its own legally defined territory and its own definition of “residency”. Territory is simple to understand and is considered fairly clear. Residency issues require closer examination, as states determine residency in different manners. For physical persons, residency may, for instance, be attributed to the number of days present, business ties, home or even nationality, among other factors.

Once this has been ascertained, an individual will need to prove the dates on which they entered and left all countries, including Cyprus, during the year under review. A schedule should be kept with the specific days spent in each country, together with relevant supporting documentation such as a stamped passport, boarding passes and electronic tickets.

A title deed or rental agreement is also required when applying for a residency certificate, along with an employment contract that is valid as of the 31 December of the respective tax year. These contracts need to be stamped and translated if the documents are in a language other than Greek or English.

If an individual is considering relocating to Cyprus, expert advice should be taken with respect to Cypriot as well as cross-border tax implications arising from the relocation.