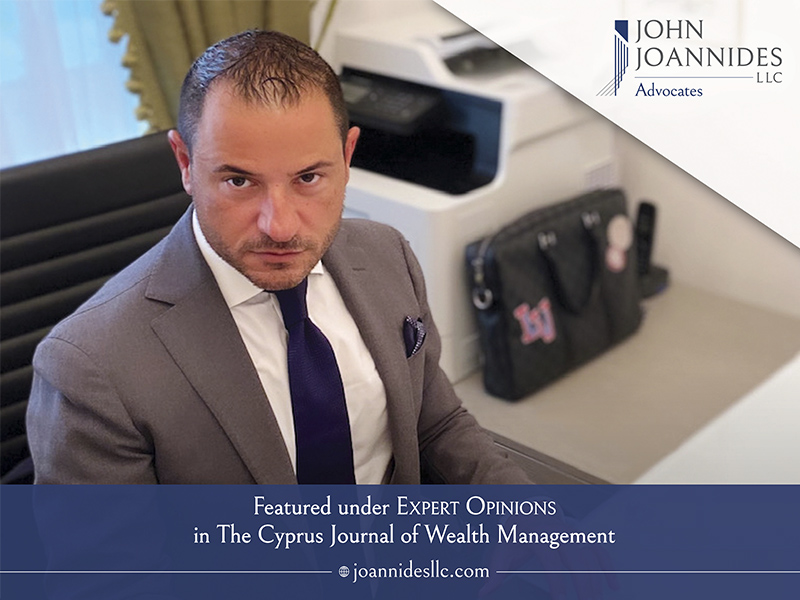 1.Issues pertaining to, inter alia, the validity, interpretation, amendment or administration of a CIT or a disposition to a CIT will be determined by the laws of Cyprus without regard to the law of any other jurisdiction;

2.Any inheritance or succession statutes in Cyprus or overseas will not affect any transfer or disposition of assets nor affect the validity of a CIT. Consequently, the CIT supersedes all inheritance laws;

3.No disposition to a CIT may be challenged on the basis that it contravenes the laws of any other jurisdiction such as, foreign forced-heirship laws, forced succession / inheritance laws or mandatory provisions of family law or laws prohibiting or not recognising trusts;

5.The settlor is permitted to reserve powers unto himself, to retain a beneficial interest in trust property, or to act as the protector or enforcer to the trust;

6.The reservation of any right or interest in the trust by a settlor directly or through his/her capacity as protector of the trust shall not affect the validity of the trust. These powers extend to: revoke, vary / amend the terms of a trust; advance, appoint, pay or otherwise apply income or capital of the trust property; give binding directions as to the appointment or removal of a director of any company wholly / partly owned by the trust; give binding directions to the trustees in connection with the purchase, retention, sale, management, lending, pledging or charging of a trust property; appoint or remove any trustee, enforcer, protector or beneficiary; change the law of the trust, restrict the exercise of any powers of a trustee by requiring the consent of the settlor.

1.Income: Only the income and profits of a CIT derived or deemed to derive from sources within Cyprus are subject to applicable taxes in Cyprus, noting that dividends or interest received from Cyprus sources are not taxable;

2.Dividends or other income received by a CIT from a Cyprus company are neither taxable nor subject to withholding tax;

4.Estate Duty: a CIT created for Estate Planning purposes will not be subject to estate duty in Cyprus.

An individual with assets outside his country of residence may wish to retain the flexibility of overseas funds by transferring them to an international trust. Equally, an individual who wishes to divest himself of personal assets for various reasons, such as protection from creditors or family members can achieve this through a disposition to a CIT.

•A creditor may only have a claim over trust property if he/she can prove to the courts of Cyprus that the CIT was made by the settlor, in bad faith, with the intent to defraud the creditor at the time of the transfer of the settlor’s assets to the trust, subsequently, the debt must precede the creation of the CIT. Such a claim is time-barred if two years have elapsed from the date of transfer of the assets to the trustees of the CIT, and the onus to prove the fraud is on the creditor;

•The settlor may determine who the successors will be, irrespective of the inheritance laws in the country of domicile;

•The CIT offers comprehensive protection against all claims of creditors on the property under the trust regardless of whether the beneficiaries are the settlor himself or his/her close family members or whomever he/she wishes to benefit from the CIT;

The Law explicitly provides that the validity or administration of a CIT or a disposition to a CIT will be determined by the laws of Cyprus without consideration of the law of any other jurisdiction, and that the laws relating to inheritance or succession in force in Cyprus or any other country will not affect the validity of a CIT or any transfer or disposition of property to it. The protection of the Law extends to:

1.The validity, interpretation or effect of the trust or disposition, or transfer thereto, or any variation thereof;

2.The administration of the trust, whether it is conducted in Cyprus or elsewhere, including matters concerning the functions, appointment and removal of trustees, protectors and enforcers;

3.The existence and extent of any functions in respect of the trust, including, without limitation, powers of variation, revocation and appointment, and the validity of the exercise of any such powers;

4.The powers, obligations, duties and liabilities of the trustees, protectors or enforcers which are to be determined according to the Law without reference to any foreign laws.

Additional Ring-Fencing of the CIT by the Law

•Exclusive jurisdictional competence in relation to a CIT lies with the Cypriot courts and the Law shall apply regardless of any other provisions on conflicts of law applicable in Cyprus and shall constitute a fundamental rule of law, whose compliance is a matter of “public order”, which is an established ground for refusing recognition and enforcement of foreign laws and judgments. As such, there is no possibility of instituting proceedings that challenge a CIT before a foreign court and then seeking recognition and enforcement of that foreign judgment in Cyprus.

•The Cyprus courts will not even recognise forced heirship claims arising out of a “personal relationship” / “heirship right”, which seek to defeat an otherwise valid CIT, indeed, such claims will not be enforced against assets held in a CIT simply because the laws of the foreign jurisdiction prohibit or do not recognise the concept of a trust or conflict with a trust.

•Possibly, if the assets of a CIT are situated outside Cyprus, a foreign court order could be granted in regard to those assets despite the presence of the hardy Cypriot provisions. Such a scenario may be averted by “Cypriotising” the trust property / foreign assets to enhance protection from foreign courts by gifting the assets to a Cyprus company and then disposing the shares of the Cyprus company to the CIT.

Effectively, the Cyprus International Trust offers HNWIs and families the flexibility to express their wishes and arrange succession of their wealth within a robust protective framework through an instrument that supersedes all domestic and foreign inheritance laws and forced heirship claims.