Interview with Mrs. Tania Pirilidou regarding shipping in Cyprus 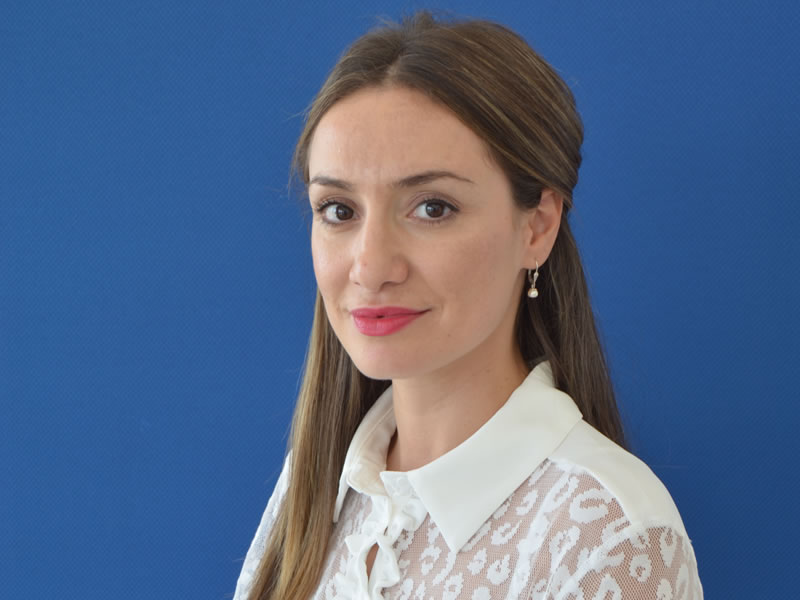 1.    The Cyprus Shipping registry is ranked as the third largest merchant fleet in Europe, to what do you attribute this success?

The Cyprus shipping industry’s global success story dates back to 1963. Today its registry ranks as the third largest merchant fleet in Europe and the eleventh largest in the world, with Cyprus also being EU’s largest ship management centre and amongst the top five in the world. The island has become a preferred base for global shipping operations. This success is attributed to many factors some of which indicatively are:

(i)    the well-founded and fine maritime infrastructure;
(ii)    the competitive advantages including favourable income tax regime;
(iii)    full exemption from income tax on profits, dividends and interest of Cyprus flag ship-owners;
(iv)    full exemption from income tax for owners of foreign flags, charterers, ship managers who fulfil the Cyprus tax residency requirement;
(v)    no estate duty on the inheritance of shares in a ship-owning company;
(vi)    Cyprus is a full-member of the EU and the Eurozone;
(vii)    its convenient geographical and geostrategic position as a trade centre since antiquity;
(viii)    no crew/officer nationality restrictions;
(ix)    EU approved “Open Registry” with legally endorsed Tonnage Tax System;
(x)    competitive ship registration costs and fees;
(xi)    top quality public services for the shipping industry 24/7;
(xii)    Cyprus is included in the “White list” of Paris and Tokyo MOU regarding safety standards and
(xiii)    a network of international offices (Piraeus, Hamburg, London etc.)

In the last few years, the sector has seen a further boost reaching new levels in terms of its register’s tonnage capacity, in the number of companies basing operations on the island and in the number of people employed by the industry. Cyprus is also signatory to numerous international maritime conventions and has bilateral cooperation agreements with 25 countries, amongst them leading suppliers of labour. Hence, the tax incentives combined with the economic and other advantages, have further attracted a considerable number of shipping companies to be registered in Cyprus.

2.    What does a shipping management company observe before choosing a jurisdiction?

There are numerous competitive advantages and opportunities which we believe play a crucial role for a shipping management company when choosing a jurisdiction. In particular, the geographical position, which on its own attracts International Shipping Management Companies as well as the relatively low cost in finding and maintaining a fully-fledged office are factors which we believe are taken into account by shipping management companies.

Other factors that many ship managers observe when choosing a jurisdiction are the business environment, the legal expertise in shipping matters available in the market of choice as well as the most obvious of factors such as a good command of the universal language, English. The development of a good business infrastructure as well as tax incentives are undoubtedly key factors taken into consideration prior to choosing a jurisdiction.

For example in considering Cyprus one would find that:

The Legal system: Cyprus follows the English legal structure and consequently all statutes relating to business matters and procedures are very similar to those of the English system.

The Business environment: There are friendly international relations, excellent professional services in a highly educated and versatile workforce, in combination with an excellent command of the English language, which provides good grounds for ease of communication. The relatively low operational costs and the high standard of living as well as the efficient and effective transport network, cannot be overlooked.

3.    What is the procedure and what are the requirements in order to register under the Cyprus flag? What’s your firm’s role as a legal advisor?

The procedure to register under the Cyprus flag is quite straightforward. We are always in a position to assist any prospective clients with the registration of their ships under Cyprus flag and not only. The legislation makes it obligatory that this should be done only by lawyers. It should be noted that the particular legislation allows for the provisional registration of a ship and most owners usually opt to have their ships provisionally registered first. This allows them time (up to 9 months including a three-month extension) during which they will be able to complete the administrative formalities relating to any previous flag State and/or State of registry and those relating to the permanent registration of the ship in Cyprus.

4.    Do you believe that the Cyprus Shipping Chamber has done its best to promote the Cyprus flag or are there any more actions that should have been taken?

The Cyprus Shipping Chamber is the trade association of the Shipping Industry in Cyprus. The Chamber was established in January 1989 with seventeen founding members. Since its establishment it has witnessed considerable growth and the Chamber today comprises all the major ship-owning, ship management, chartering and shipping related companies based in Cyprus.

We note that the main purpose of the Chamber as per its Articles of Association is:

Today, the Chamber’s Member-companies located in Cyprus and the wider Shipping Sector in Cyprus, collectively employ around 4500 persons ashore and more than 55,000 seafarers of various nationalities on-board their vessels. Cyprus’ two dynamic shipping associations – the Cyprus Shipping Chamber (CSC) and the Cyprus Union of Shipowners (CUS) – work closely with the State to constantly upgrade the maritime administration and to build its competitive offering. The creation of a new and independent Shipping Deputy Ministry in 2018 made the sector even more efficient, autonomous and business-focused. The CSC has and is, overall, doing a good job in promoting the Cyprus flag.

5.    The shipping industry have seen an increase in terms of its register’s tonnage capacity the last few years, do you believe that the Brexit negotiations has contributed to the increase?

The Tonnage Tax System (TTS) for Cyprus merchant shipping was the only one approved by the European Commission on the 24th March 2010, is applicable as from the fiscal year 2010 and governed by the Merchant Shipping (Fees and Taxing Provisions) Law of 2010 (Law No. 44(I)/2010). Cyprus’ merchant fleet exceeds 23 million gross tonnage, with the number of companies increasing from 168 in 2018 to over 200 in February 2019, and the sector employs around 3% of Cyprus’ workforce.

The main benefit of the TT regime is the certainty it provides companies on their annual tax obligations, enabling them to do their business planning accordingly. While other jurisdictions might have less expensive TT regimes, Cyprus incorporates all three types of maritime activities - ship-owning, ship management and chartering, making it unique in the EU where other jurisdictions might specialise in just one or two of such areas.

New interest in the Cyprus registry has been sparked in the wake of prolonged Brexit negotiations with many shipping-related companies seeking a safe EU harbour on the island to successfully continue their business.

A more immediate opportunity for the country’s maritime sector comes from Brexit. Shipping Deputy Minister said there is increased interest by shipping companies to establish a base in Cyprus following Brexit, in order to maintain their EU status for easier trading ties with Europe. Cyprus could provide these companies with stability, security and expressed optimism which would hopefully increase the ships registered under the Cyprus flag. UK-regulated ship insurers have identified Cyprus as an attractive jurisdiction for an outpost or base amidst fears that the EU-exit will hinder their access to the bloc’s financial market. Cyprus is also aspiring to upgrade services provided in the industry with digitalization and automatization and to embrace innovation and research.

6.    How has the creation of a Deputy Shipping Ministry in 2018 affected the shipping industry in general?

The creation of an independent Shipping Deputy Ministry, whose head reports directly to the country’s President, was a major milestone in 2018 for the industry’s development, serving to further attract quality shipping companies and tonnage to Cyprus.

A year after its establishment, the Deputy Ministry has created a roadmap to ensure Cyprus maintains its competitive edge. The goal is to protect the stable and business-friendly framework provided to foreign investors in shipping by further expanding the island’s registry and maritime cluster, strengthening international relations, improving maritime safety and environmental protection, implementing a blueprint for blue development and to upgrade available services.

Technology is also in front and centre in efforts to upgrade services, with, for example, plans to implement a better mechanism in the ship registration process. It is also worth noting that Cyprus boasts a thriving education and research sector that contributes to tackling issues facing the shipping and maritime sector. There are a number of dedicated maritime institutes that promote technology, research, innovation, sustainability, and focus on training and educating those employed in the shipping industry. The Ministry and the shipping industry support such innovation programmes which contribute to shipping-related tech solutions.

7.    Do you predict that Cyprus flag will be among the 10 top flag states in 5 years from now?

It is a known fact that Cyprus shipping industry has been a global story of success for decades. Its status as a hub for shipping activities has gone from strength to strength, expertly navigating through economic storms and market fluctuations – always staying at the top of its game. Despite the fact that international shipping is still feeling the effects of the global financial crisis, with surplus of vessels and banks tackling the weight of bad shipping debts with repossessions to cover losses, there is recovery on the horizon which also presents a silver lining for Cyprus. The flag, of course, is growing, and the country’s shipping industry is ideally placed to capitalise on the discovery of large natural gas fields in Cypriot, Egyptian and Israeli waters. Therefore, with its growing tonnage capacity register, upgrades and reforms, new opportunities arising from Brexit and natural gas discoveries in the East Med, Cyprus shipping is set to only grow further in the coming years.

Tania Pirilidou is a Partner in N. Pirilides & Associates LLC. Tania was called to the Bar of England & Wales by Middle Temple and is a registered Advocate and member of the Cyprus Bar Association. She is also a member of the Mediators of the Ministry of Justice in Cyprus.

Tania has substantial experience in a wide array of civil law matters, with particular expertise in corporate and commercial litigation, including injunctive relief applications, for shareholders’ disputes, contract breaches, torts and property issues.